In a tweet seen by Nairobi Leo, Muthama asked Mr Odinga to stop fooling young people accusing him of nepotism.

The former senator said when Odinga had the chance to appoint a youth to the East African Legislative Assembly (EALA) he gave the job to his elder brother Oburu Odinga.

“@RailaOdinga should stop hoodwinking youths with promises of plum jobs because when he got the chance at EALA he gave it to his elder brother: Oburu Odinga. That's nepotism par excellence,” said Muthama.

He noted that one of the challenges the youth face is fake promises from politicians who only want their votes, adding that this is one thing they need to be cautious about. 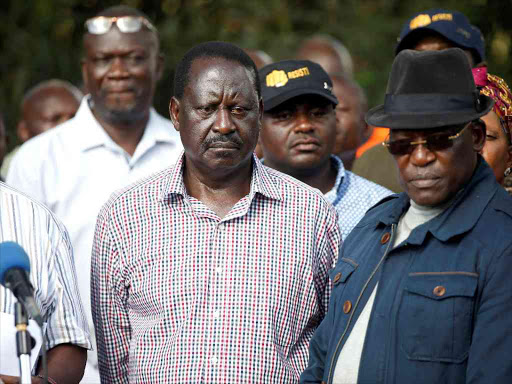 “One of the greatest challenges, facing young people today, is seductive promises, half-truths and manipulated facts. The Youth MUST be watchful about some of these politicians using manipulative deceit to vote them in. They're after eating into their future,” he added.

Muthama who supported the former Prime Minister in his 2013 and 2017 presidential bids took a break from elective politics in 2017 before he switched camp to supporting Deputy President William Ruto.

He has also been very critical of other presidential hopefuls, insisting that DP Ruto is the only man that can save Kenya from the challenges we are currently experiencing including high cost of living, lack of jobs among other things.

Muthama announced his return to active politics saying that he will be seeking the Machakos Gubernatorial seat in 2022.

Former AG Charles Njonjo Speaks After Rumours of his Death